From West to East: A Classical Odyssey

Academy Award-winning composer Tan Dun conducts the Orchestra of Teatro Comunale di Modena Pavarotti-Freni joined by world-famous Chinese cellist Jian Wang in an unforgettable musical journey from West to East featuring an iconic repertoire of Mozart, Tchaikovsky and Mussorgsky followed by the UAE premiere of his original Pipa Concerto.  The unique concert, taking place in the Middle East’s most dynamic country, traces humankind’s great cultural cross-pollinations in an epic performance by two of the most renowned figures of contemporary classical music.

Jian Wang has performed with many of the world’s leading orchestras including the London Symphony, Cleveland, Zurich Tonhalle, NDR Elbphilharmonie, Stockholm Philharmonic, Santa Cecilia, Orchestre de Paris and NHK Symphony. These concerts have been with many of the greatest conductors, such as Chung, Dausgaard, Dudamel, Elder, Eschenbach, Gilbert, Harding, Neeme Jarvi, Langrée, van Zweden, Wigglesworth and Szeps-Znaider.

Recent and future highlights include concerts with the New York, Hong Kong, Netherlands Radio and Seoul Philharmonic Orchestras; Boston, National Taiwan, Toronto, Melbourne and Singapore Symphony Orchestras, the Konzerthausorchester Berlin and Philharmonia. Amongst his many high-profile concerts in China, he has opened the season for the China Philharmonic, Shanghai Symphony and Macau Symphony Orchestras as well as performing with the China National Orchestra and Hangzhou Symphony. Jian was the first ever Artist in Residence for both the Shanghai Symphony
Orchestra and the National Center for Performing Arts in Beijing, the latter included his performance of the complete Bach Cello Suites.

He has an extensive discography with DGG, including the Bach Cello Suites and the Brahms Double Concerto with the Berliner Philharmoniker, Claudio Abbado and Gil Shaham and chamber music with Maria João Pires and Augustin Dumay.

His instrument is graciously loaned to him by the family of the late Mr. Sau-Wing Lam. 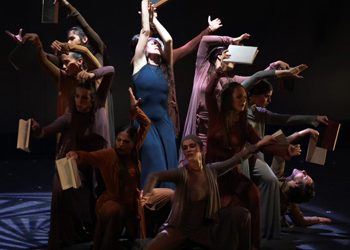 DE SCHEHEREZADE A YO, CARMEN

All, All, All, Education and Community 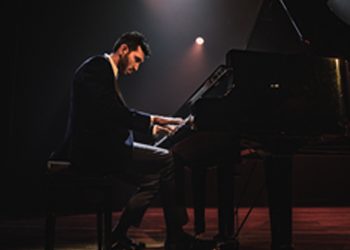