Talk: The Early Years: the building of an art scene and creative communities in the UAE. 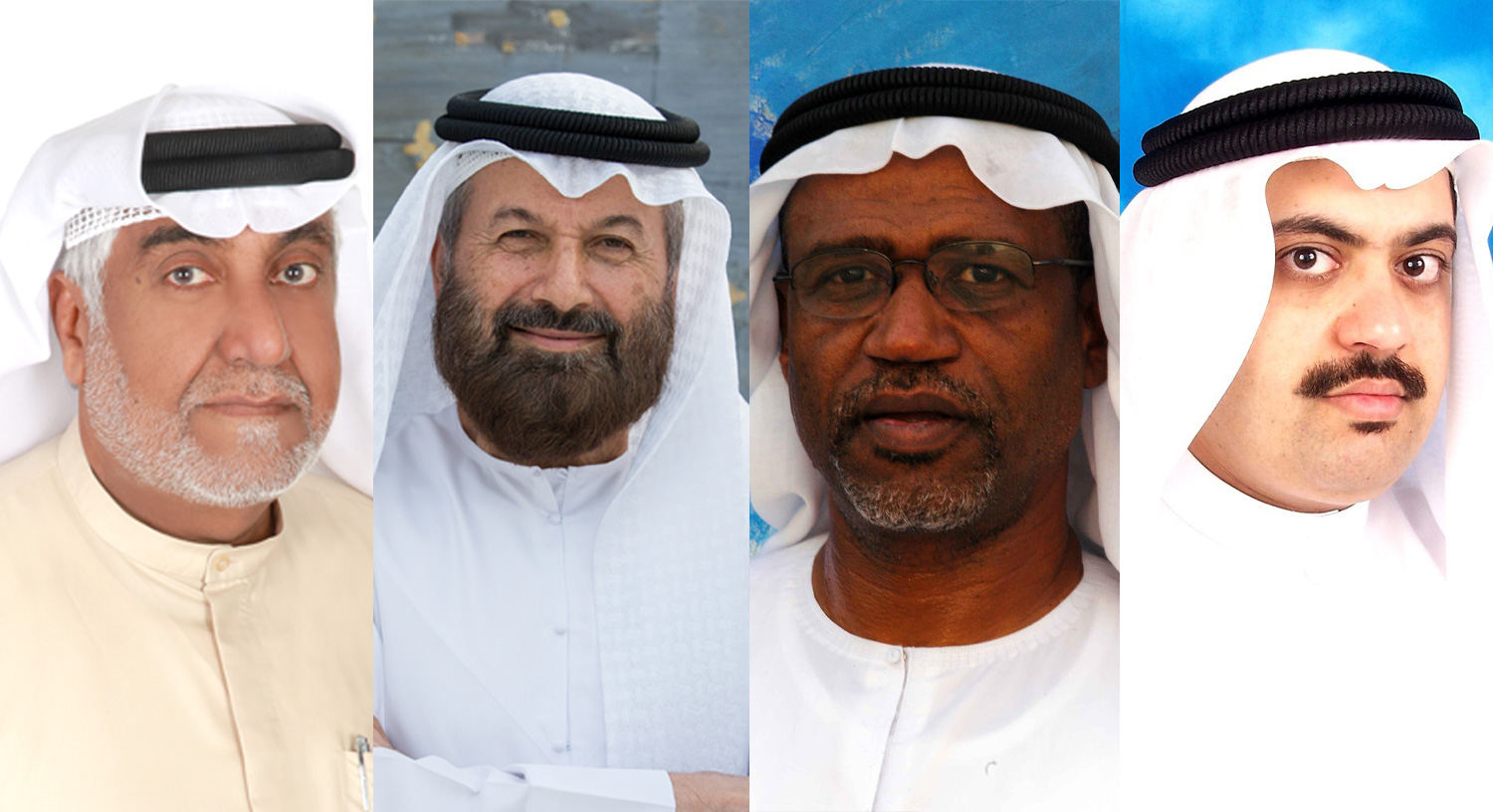 Progenitors of the UAE’s contemporary art scene, including members of The Five, founders of the Emirates Fine Art Society and other prominent artists, will come together in a panel discussion on the camaraderie, collaboration and togetherness that have structured the art scene, from early formations to boom, bust and consolidation, to the artistic achievement that is celebrated in Portrait of a Nation II: Beyond Narratives.

The sculptures and installations of Mohamed Yousif are distillations of his engagement with and contemplation of the natural environment. Motion and stillness feature prominently in his works, perhaps a conceptual extension of his parallel interest in theatre and live performance.

Yousif organised a solo exhibition of his work entitled Exiting In at his residence in 2003. In addition, his work has been presented in group exhibitions both locally and internationally in the Middle East, Europe, South Asia and Japan. Most notably, his work was included in the UAE Pavilion, 56th Venice Biennale, and he has been an active participant in the Emirates Fine Arts Society exhibitions since the founding of the organisation in 1979.

He is the recipient of the UAE Honour Award (2009) and the first Golden Prize at the Asian Art Biennale Bangladesh, Dhaka (2003). He is a founding member of the Emirates Fine Arts Society and has served as the chairman of the board of directors for the Sharjah National Theatre.

Abdul Qader Al Rais is known for both his abstract oil paintings, which draw on Arabic script and geometric forms, and his more recent landscape watercolours, which reflect his longtime interest in traditional Emirati architecture and nature.

His work has been presented in more than 30 solo exhibitions in the Middle East, Europe and United States as well as many international group exhibitions, including 1980–Today: Exhibitions in the United Arab Emirates, UAE Pavilion, 56th Venice Biennale (2015) and Past Forward: Contemporary Art from the Emirates, Meridian International Center and UAE Embassy, Washington, D.C. (2014). His work is also part of the collections of the British Museum, London; Mathaf: Arab Museum of Modern Art, Doha; Kuwait Museum of Modern Art; Sharjah Art Museum and Jordan National Gallery of Fine Arts, Amman.

Among his numerous awards are the Sheikh Khalifa Prize for Art and Literature, Abu Dhabi (2006); Golden Palm Award, Gulf Cooperation Council Art Exhibition, Doha (1999); first prize at The UAE in the Eyes of Its Artists, Abu Dhabi Cultural Foundation (1999); Sultan Al Owais Award for Scientific Studies and Creativity, Dubai (1992, 1994, 1996) and first prize at the UAE Exhibition in China (1991).

Al Rais received a Bachelor of Sharia Law from the United Arab Emirates University, Al Ain (1982). He is a founding member of the Emirates Fine Arts Society.

He was born in 1951 in Dubai, where he continues to live and work.

The painting and sculpture of Abdulraheem Salim reflect a fascination with both figurative and abstract forms and depict the artist’s longstanding engagement with Emirati culture and the history of the Arabian Gulf.

The artist was the recipient of the State Honour Award for Fine Arts, UAE (2008); third prize in the exhibition Al Bahar, Saudi Arabia (2007); first prize at the Dubai International Exhibition (1994); the Silver Award at the sixth Asian Art Biennale Bangladesh, Dhaka (1993) and the Jury Award at both Sharjah Biennial 1 (1993) and the fifth International Cairo Biennial (1992).

Salim received a bachelor’s degree in sculpture from the College of Fine Arts, Cairo University (1981). Born in 1955 in Dubai, he currently lives and works in Sharjah.

Ali Al Abdan is an Emirati artist, critic, and a member of the Emirates Fine Art Society since 1989. He has produced many works of art in different styles. He has participated in many exhibitions in the UAE and abroad, and has held two personal exhibitions, the first in 1991 and the second in 2010. His art has been acquired by many government authorities and prominent individuals.