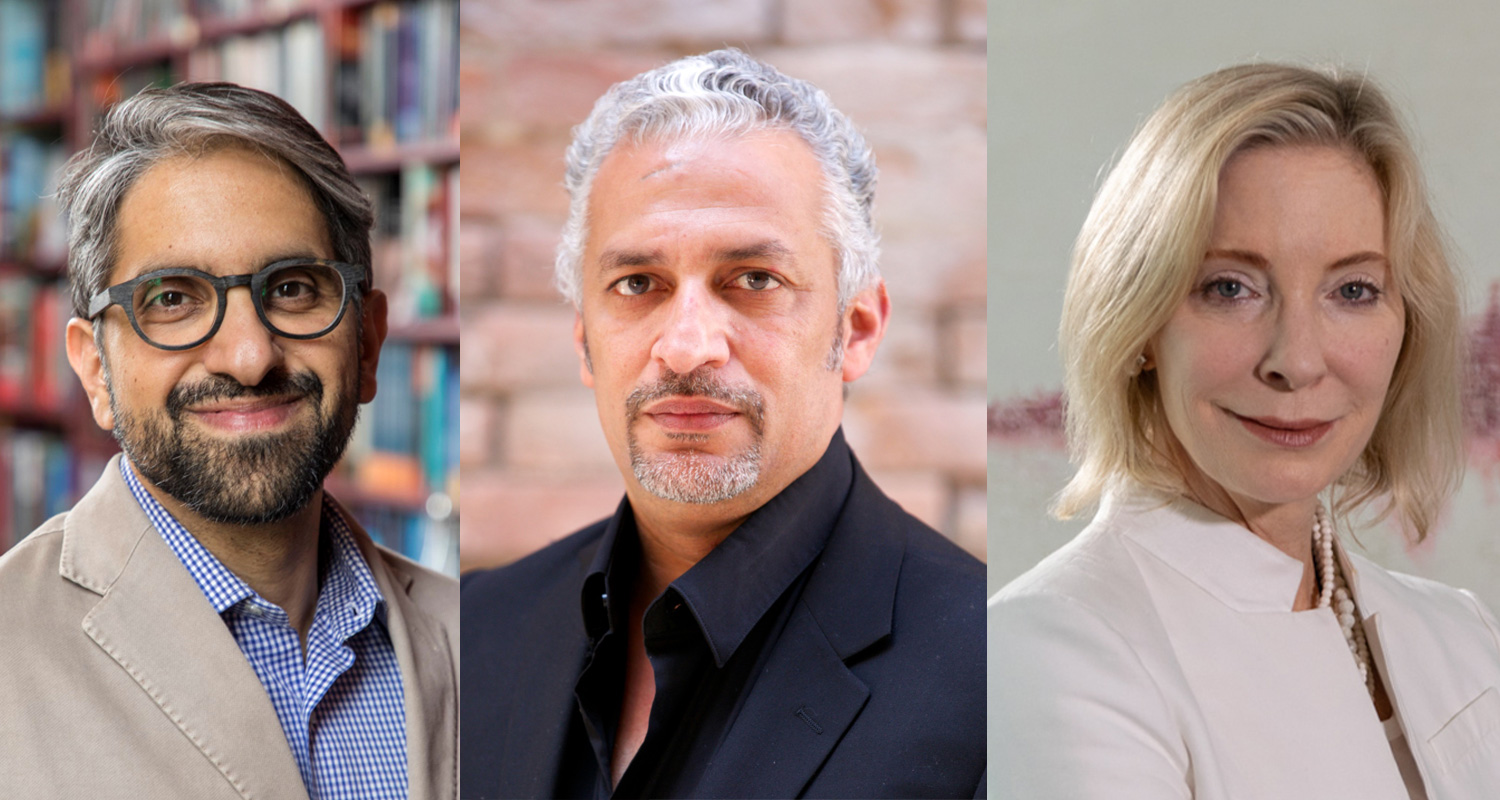 In this fascinating panel on the relationship between art and the environment, two of the nation’s most influential art figures explore the extent to which shifting landscapes contribute to the country’s artistic transformation. Reflecting on the artworks displayed at the Portrait of a Nation II: Beyond Narratives exhibition, pioneering contemporary artist Mohammed Kazem and leading columnist and researcher Sultan Al Qassemi discuss the role of art as a social commentary, challenging our understanding of sustainability and reflecting the human experience of transition

Sultan Sooud Al-Qassemi is a columnist and researcher on social, political, and cultural affairs in the Arab Gulf states. Al-Qassemi is also founder of the Barjeel Art Foundation in Sharjah, UAE. He was an MIT Media Lab Director’s Fellow from 2014 to 2016, a practitioner-in-residence at the Hagop Kevorkian Center for Near Eastern Studies at New York University in spring 2017 and a Yale Greenberg World Fellow in 2018. Al-Qassemi was a visiting instructor at the Council of Middle East Studies at Yale University, the Center of Contemporary Arab Studies at Georgetown University, the American University of Paris, the Islamic Civilization and Societies programme at Boston College and the School of Public Affairs at SciencesPo, Paris. In the Fall 2021 Al Qassemi was appointed as Kuwait Foundation Visiting Scholar, Middle East Initiative at the Harvard Kennedy School and Lecturer, School of Arts and Sciences, Brandeis University. Sultan is currently teaching his course “Politics of Modern Middle Eastern Art” online at SciencesPo, Paris again and in-person at Columbia University, New York. Al-Qassemi, along with Todd Reisz is co-editor of Building Sharjah (Birkhäuser, 2021).

Mohammed Kazem’s practice is characterised by the use of reductive elements in repeating formats. A leading figure in the ‘Second Generation’ of contemporary artists in the UAE, initially a painter under the tutelage of Hassan Sharif, Mohammed Kazem has developed an artistic practice that encompasses video, photography and performance to find new ways of apprehending his environment and experiences. Kazem responds to geographical location, materiality and the elements as a means to assert his subjectivity, particularly in relation to the rapid pace of modernisation in the United Arab Emirates since the country’s founding. Also active as a curator, he has assembled 14 exhibitions of young artists from the UAE.

Kate Seelye is executive vice president at the Middle East Institute (MEI), where she oversees many aspects of the institution’s development and growth. Since joining MEI in 2009, Seelye has been involved in multiple aspects of the institute’s growth in senior leadership positions. As vice president, she built up its programming and communications departments and later launched its policy center in 2012, which is today ranked as the top Middle East-focused policy center in the United States.

In 2015, she launched MEI’s Arts and Culture program with a focus on exploring the role of the arts in Middle Eastern society and in promoting the importance of cultural diplomacy. In 2019, Seelye launched the MEI Art Gallery, the only gallery in the U.S. capital dedicated to promoting modern and contemporary art from the Middle East. The gallery serves as a hub for exhibits, film screenings, literary panels, and more, introducing the Middle East’s rich cultural scene to U.S. audiences with the goal of promoting deeper connections between the two cultures.

Over the past decade, Seelye has also organized major cultural conferences in the Middle East, as well as run cultural delegations to the region. She has secured and organized multiple exchange and educational programs. Highlights include a 2016 program to bring Syrian civil society activists to Washington, DC for media trainings, congressional and NSC meetings, policy briefings and more. In 2017 she ran a unique program sponsored by the King Abdul Aziz Center for World Culture, bringing nearly 30 Saudi cultural leaders to 53 U.S. cities for bespoke speaking tours.

Prior to joining MEI, Seelye worked as a radio and television journalist covering the Arab world from 2000-2009 from her base in Beirut, Lebanon. She reported on the region for National Public Radio, the PRI/BBC show, The World, the PBS documentary show, Frontline/World, and the Channel Four British investigative television news series, Unreported World. Prior to that, she was a producer for the PBS Newshour, based in Los Angeles, after starting her journalism career at the award-winning business program, Marketplace Radio.

In 2004, Seelye was awarded a Fulbright scholarship to research the history of the early Arab-American relationship. That same year, she received an honorary doctorate from her alma mater Amherst College for her efforts to increase American understanding of the Middle East. She is the recipient of several journalism awards, including the Alfred I. duPont-Columbia Award for NPR’s team coverage of the war on Iraq. Seelye spent her childhood in Saudi Arabia, Tunisia, and Syria, where her father served in the U.S. Foreign Service.